OK, so let me start this off by saying I am NOT a runner. Like, I attempt to run, but to be honest I’m the girl way in the back that is more worried about the meal that I’m going to treat myself to after I finish the run. Sometimes I get these crazy ideas and just act on them. For example, in college I decided “hey, I’m going to run a half marathon” out of nowhere to challenge myself and see what would happen. Well I ran the race, slow as molasses, but guess what – I did it! 13.1 miles later and I survived. This is still one of the greatest physical/mental accomplishments I have had up to this point… because for me running was more of a mental game. 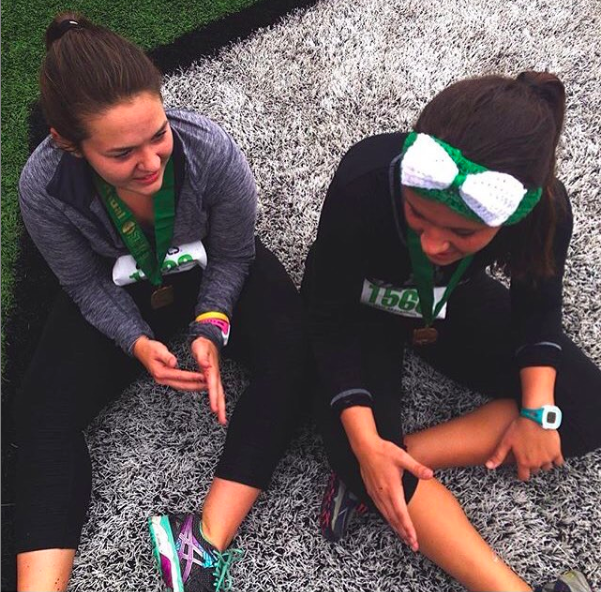 *Shayna and I contemplating how to roll our way off the field after the race.

The other day I was scrolling through instagram and thinking about how things for me right now feel stagnant. I know that I am progressing with things and moving forward with my education, but it’s a difficult process. Being a full time student at times can feel like you have 50 million things to do and at the same time be stuck in the mud and going nowhere at all. But you know what I was doing in that moment? I was comparing myself to those around me who seem to be moving forward and doing great things. Looking at the pictures and glimpses of others who “seem” to be moving faster.

Like I mentioned before, I finished my half-marathon, but man was I slow. However, how did I know that I was slow? Because I was comparing my pace to the pace of those that finished the race first. You know what the Bible does not mention in those verses? The pace at which we run the race. Just because you are in a season of slowness doesn’t mean that there is anything wrong. Sometimes we see others lives from the outside and imagine that the pace at which they have achieved certain things is much faster than our own.

Endurance. Scripture clearly points out that we will have to endure through the race. Not how fast or slow that we move, but the obstacles that we endure. Through the process of preparation for the half-marathon I had to endure many hardships. Throughout life we have to endure many seasons that produce different qualities of fruits of the spirit if we allow them to.

So here it is – Let us fix our eyes on our OWN race, not continually sharing side glances and comparing our pace to the pace of those surrounding us. Encourage one another in the race that is before us and set your eyes on the goal – knowing Jesus and sharing His name and love with many.

Over a year has passed since I’ve written… and there’s a reason for that. Most of the reason is because I knew what I needed to write and have avoided it like nobody’s business. But, here we are and I believe that God gives us certain stories so that in the right time we can share and encourage others through that.

Picture this – you have just gotten engaged to the love of your life, you are graduating and accepting a position in your dream job doing what you love, you are moving into a new place, and starting a ministry and career with the one you love. It looks picturesque from the outside. This was my life. While all of these changes were good things, I really struggled with these happening at the same time. Now I will be honest and say that there were some difficult things that happened during this time. Both for Justin’s family and for mine that really rocked our foundation of what we had known as our family for so long. The combination of these things spiraled and… I was depressed.

Let me say first and foremost that I am not sharing this out of sympathy or anything like that. I think it is extremely important to give grace to everyone because you never know their internal struggle. Mental health is something that can hide itself extremely well and at times I was able to mask mine like no other.

At this point, I was incredibly anxious going out in public, I had no friends in our new home and was too anxious to try and build those relationships, and honestly could not handle the thought of Justin leaving me at any point after I had gotten home from work. There were days when I would not leave the bed because that was like a safe zone for me. Once we were married, Justin handled everything. He cooked, he went to the grocery store, he tried to clean (lol), etc. He handled the situation with complete and utter grace and every night I came home he would do everything in his power to make me laugh and know that I was loved.

This became even scarier for me because I felt that because I was a “Pastor’s Wife” that I could not let anyone know what I was dealing with. I felt ashamed that I could not just “get better” over night. I wish I would not have had that mindset then but I think that there are probably so many others that have the same thought of being fearful to share that they are struggling. Let me say this… If you are struggling, there are people near you that want to help even if you feel like there is no one.

I say all that to say I am MUCH better now and through that dark season of life, God was there. In the moments where I felt like He wasn’t, he was already preparing the next season and the hilltops that were to come. Through that process I only grew closer to him and He held me so tight. The purpose of this blog is to encourage in any way possible and I hope that this helps someone. If you are reading this and need to talk to someone, I would love to talk anytime.

Man, do we fight change. This has been the title of this season of life for the past year. I graduated college, got a teaching job, married Justin, moved away from home, had family changes while we were away from home, Justin became Pastor – and many more things in between. I’m sure you all feel this too. We do not like change! Even if it’s a good change, even if it’s something that needs to happen – the transition is difficult. Maybe you’re dealing with your own change. New job, new baby, new home. Maybe it’s not even new to you. Maybe it’s just something you’re still getting used to. Maybe it’s something that you feel like you can’t share with others. I’ve been there also. I’ve felt the weight of having to put on a brave face because you feel like you need to show everybody else that everything is awesome – when really it’s not.

Change is hard to navigate through. Especially when it’s something that pulls you away from everything you know. This is the stuff they don’t prepare you for in college. Maybe this is something I’ll get better with in time, but I don’t know. We are creatures of habit and we like things to happen on our own time. But does that really ever happen? One of my favorite lyrics right now is in a song from Thomas Rhett, “You make your plans and you hear God laughing.” Like, okay God, I hear you. It’s all in his time.

This morning I was reading about Esther who was an incredible woman who went through drastic changes when she was not even looking for them. She became queen of a nation because she won a beauty pageant (that she did not try out for). Then, she ended up saving the Jewish people by informing the King that she herself was Jewish and he should not kill her people. Now let me tell you that just by approaching the King in this fashion could have had her killed. She would not have even been in this position had she not allowed God to use her in this situation. Please read this story in full because you will be amazed at Esther’s faith and humble spirit.

Here is the thing that I want to focus on – God does not wait for us to say “Okay God. I’m ready now. Put me wherever you want me, right now. I’m good to go.” God directs our steps and works for the good of those who love him. Esther was not asking for any of this change, she had no idea and never would have planned this but my goodness look at the impact she made. If you are going through change please hold fast to God. Hold fast to those that encourage and lift you up. I know you all have probably heard this verse before, but I cling to it when I am going through change

“Perhaps you were born for such a time as this” Esther 4:14.

Perhaps you were born to be in this position that you are right now. Embrace it faithfully. Trust that God knows what he’s doing when he puts you in that position. Lean on Him and the people that He has surrounded you with. He hasn’t failed yet, he won’t start now.

So in this place you will hear of my failures (more often than not), successes, good days, bad days, and those in between days when you’re not sure what to feel. I hope that through the sharing of my stories you will be encouraged. 🙂 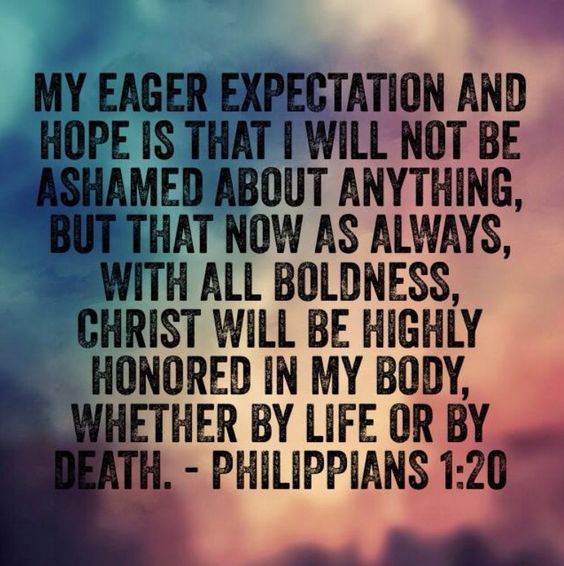